OppFund is able to carry out the impactful work we do because of our dedicated and talented staff. Each member of the organization is driven by a commitment to service, can-do attitude, and shared belief in our mission. Each of our staff members’ titles and biographies are listed below, as well as email addresses should you need to contact them directly. 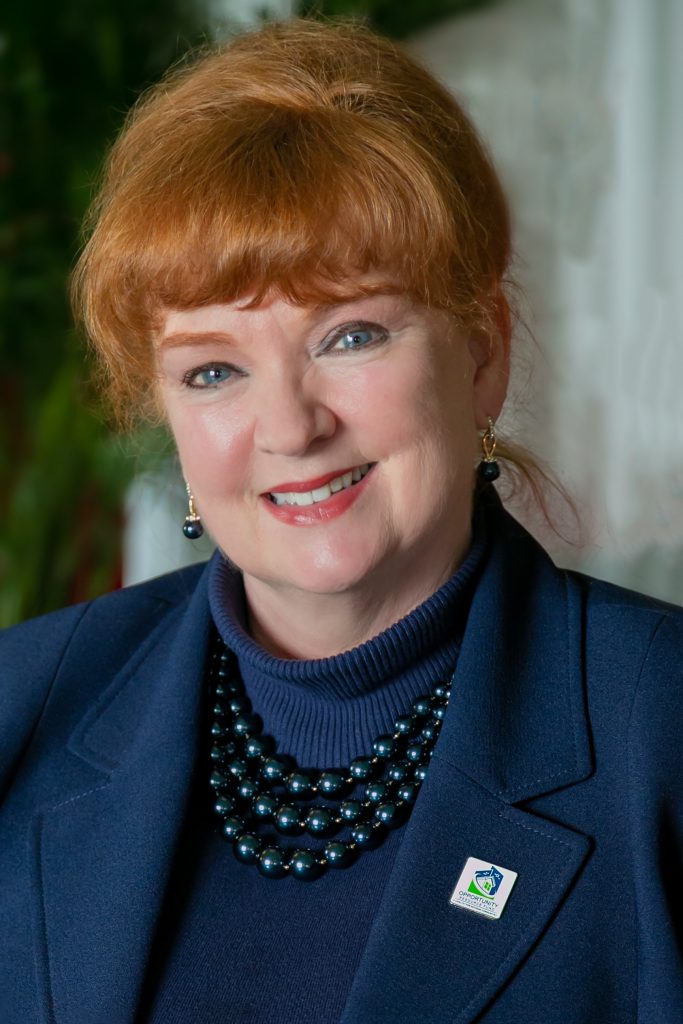 Ms. Narayanan joined OppFund’s team in 1989. She became its Executive Director in 1997 and in 2004 was appointed President/CEO.  She is responsible for the implementation of the Strategic Business Plan and all policies and programs of OppFund.  Ms. Narayanan has more than 35 years of experience working for and volunteering with nonprofit corporations and the public sector. She is a former elected official and has served on a number of boards and commissions; some currently.  She was appointed to the Board of the Federal Home Loan Bank of Indianapolis as a public interest director in 2008 and continues this service. Christine holds a B.A. in Management and Organizational Development from Spring Arbor University. In addition, she is a graduate of both the National Internship in Community Economic Development and Michigan Municipal League’s Elected Officials Academy, along with having completed certification through the Indiana University Center of Philanthropy. 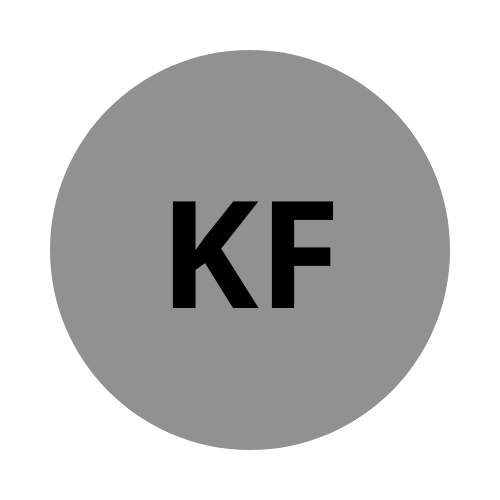 Mr. Fitzgerald joined OppFund in 2018 and is responsible for oversight of fiscal and risk management. Accountable for maintenance of all financial records, generation of financial reports and projections, development of annual budget, and oversight of the annual audit and all compliance reporting. Mr. Fitzgerald ensures adherence with risk management policies and procedures, supervises finance staff, monitors loss reserves, oversees asset recovery, and provides support to the Finance-Audit-Risk Management Committee. Mr. Fitzgerald holds a B.A. in Accounting and Marketing from Muskingum University, and a M.B.A. from Regis University. 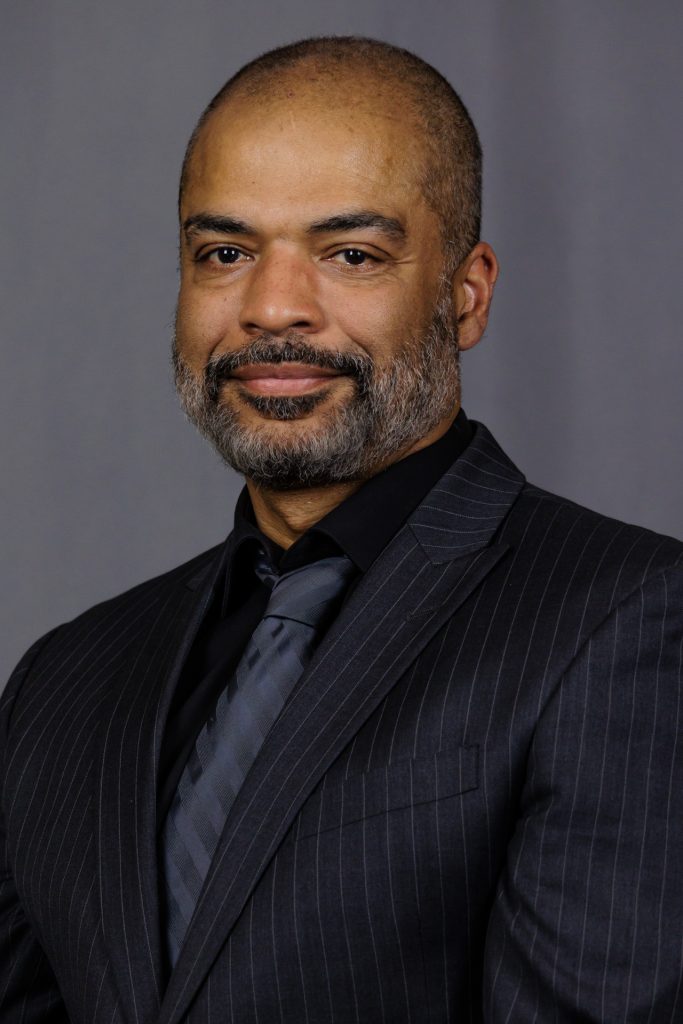 Mr. Turner joined OppFund in April 2014 and his responsibilities include originating Fresh Opportunity Mortgages, providing financing to individuals denied credit by traditional financial institutions and mortgage companies. He has more than 17 years of experience in the mortgage industry originating loans and managing other brokers. A resident of Detroit, Mr. Turner is an advocate of home ownership and small business development. He holds a B.A. from Wayne State University and is a licensed mortgage broker in Michigan and several other states. 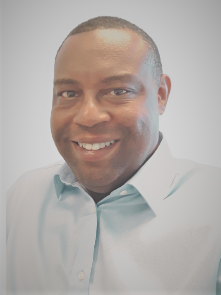 DeAmo Murphy joined our team in December 2018. He is responsible for enhancing the public profile/ brand recognition of OppFund throughout the state. He assists with Investor Relations and has a key role in cultivating and maintaining Partner/Stakeholder relationships with individuals, corporations, government entities, foundations, financial institutions, and faith-based organizations. DeAmo was lead the developer and is now the facilitator of OppFund’s newest community lending innovation – the Justice Fund Initiative (JFI). His core focus is the JFI Roundtable, Outreach, and Community Education. He has over 30 years of Political, Non-Profit, and Community Relations experience, including positions with Wayne County Commission, Project Vote, Michigan Legislature, NAACP (State Conf.-MI). He has served as a Lead Strategist/Campaign Manager/Consultant, Political Commentator (Talk Radio), and held top leadership roles for two local NPO’s. He majored in Psychology at Tuskegee University and is a certified Life Coach (HCI) with added training from Wellstone Institute, Center for Progressive Leadership, and The Gamaliel Foundation. 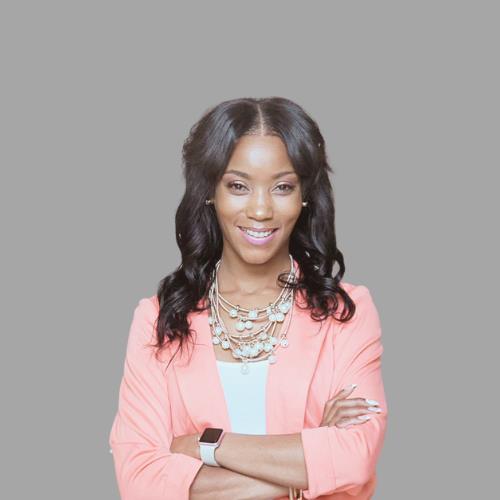 Nia Mullen joined our team as a Program Officer in January of 2021. She was promoted to her current position, Director of Fund Development in 2022. Nia brings a wealth of knowledge about proposal/program development and nonprofit grants administration to OppFund. A native Detroiter, currently based in Metro-Atlanta, Ms. Mullen has an extensive 20+ year executive level background in grant/data management and reporting. Nia has served for nearly 15 years within the CDFI space. She worked for 13 years at Detroit Development Fund (DDF). While there, she was instrumental in writing and managing well over $30 million in grants. Her work included the Detroit Entrepreneurs of Color Fund, which launched in late 2015. She has gained solid experience overseeing various Program Related Investments (PRI), as well as specific expertise relative to lending and technical assistance programs. Nia is passionate about creating and improving programs that benefit marginalized, underserved and underrepresented communities. She values organizations that operate with a high level of ethics and accountability. She is a well-rounded addition to our team at OppFund. In her downtime, Nia loves reading, traveling extensively, and spending quality time with her family. 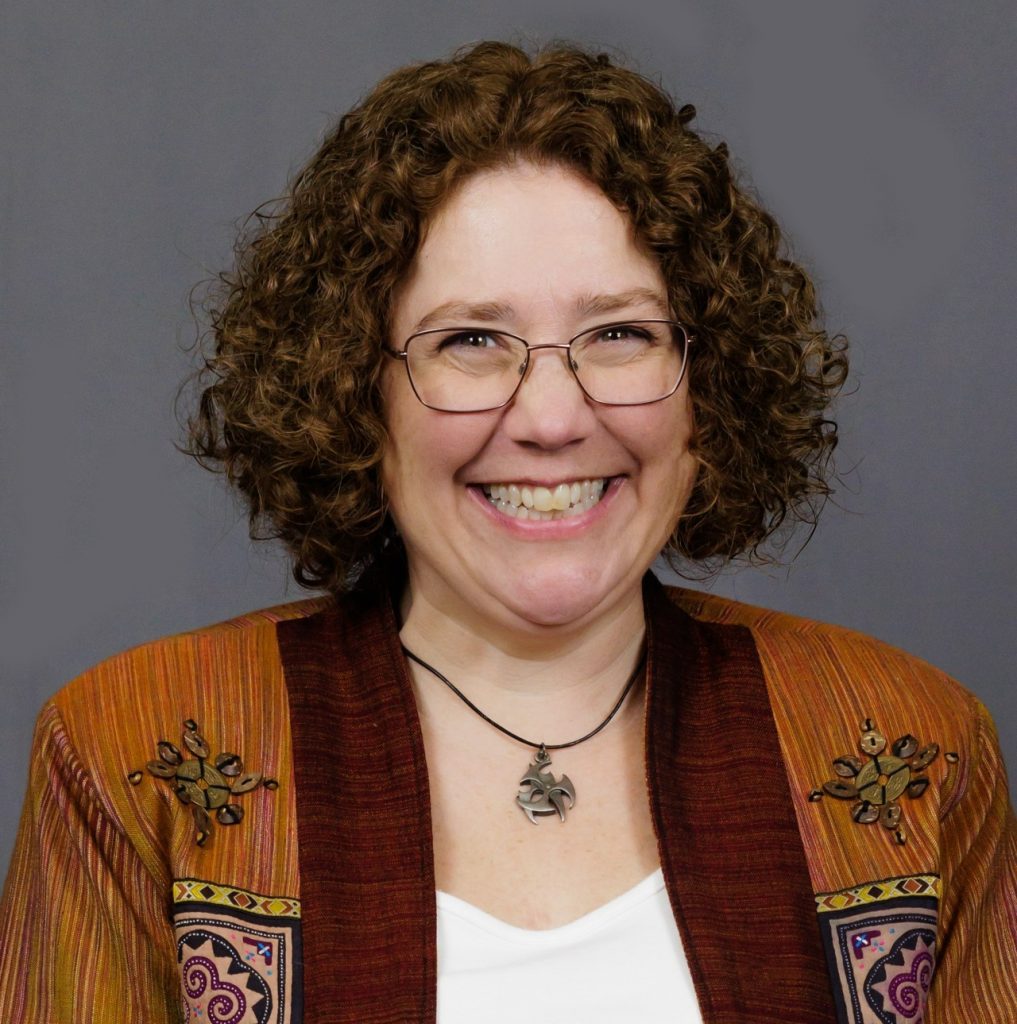 Ms. Fitschen joined OppFund in 2020 as an Accountant. She brings 30 years of nonprofit, association and public accounting and administration experience and works to support social justice and mission based organizations. Ms. Fitschen has served on a number of nonprofit boards and volunteers regularly, including for women centers, a school board, social justice groups and scouting. She loves camping, reading and hanging out with friends and family. Ms. Fitschen holds both a Master’s in Public Administration, and a Nonprofit Management Certification from Kent State University. 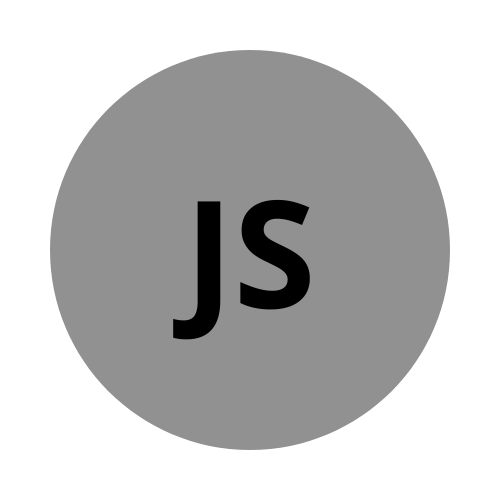 Mr. Smith joined OppFund August 2015 and his responsibilities include maintaining escrow accounts, oversight of loan payments and collections.  He holds a BBA from Northwood University, majoring in Banking and Financial Management.  Mr. Smith is an active member of the Mason community in the youth basketball program for the past 6 years coaching both girls and boys. 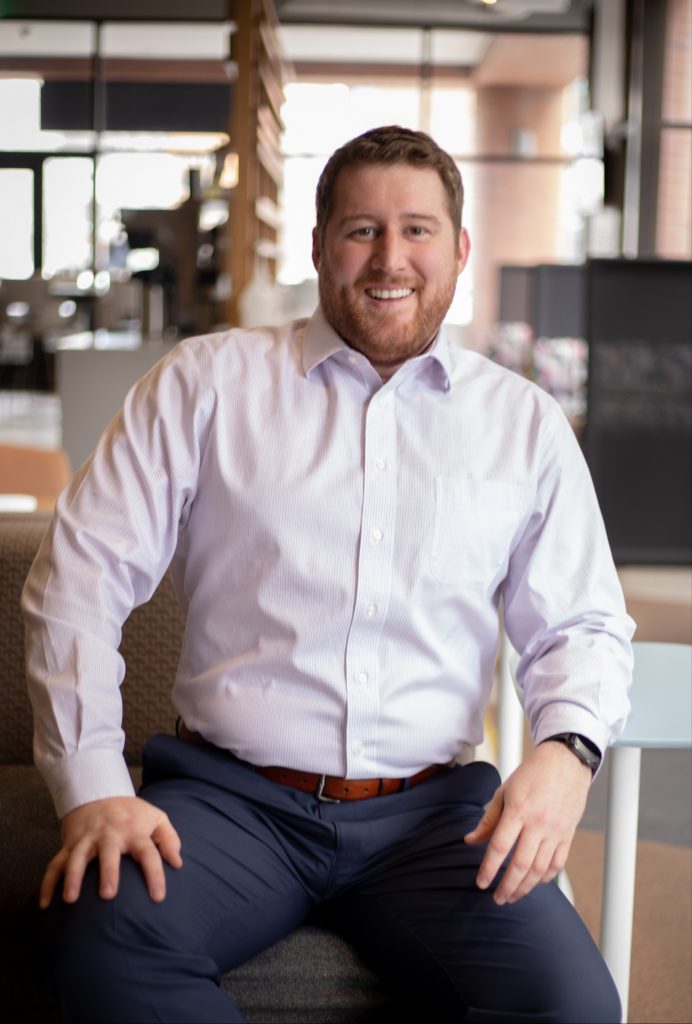 Tyler Petersen, Small Business Lender, began working for OppFund in January of 2017. Tyler enjoys spending his time working in Michigan communities, helping provide access to capital where it is needed most, our small business community. He lives in Grand Rapids and graduated from GVSU’s Seidman College of Business, where he studied Finance and Marketing. He plays tennis well and golfs poorly. 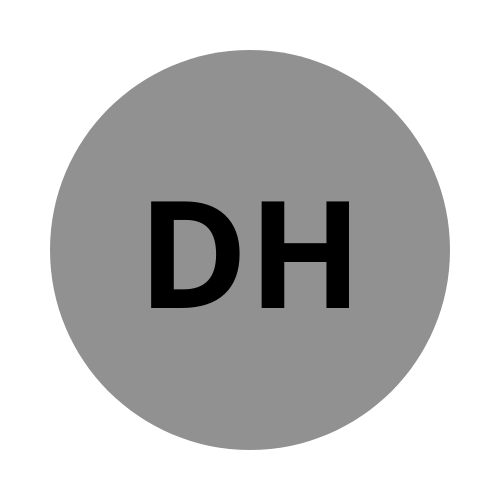 Daniel Hale joined OppFund’s family in August 2018, as a Finance Associate in the Lansing Office.  His responsibilities include processing accounts payable/receivable, as well as assisting in preparation of financial reporting, budgeting, and auditing.  He has over 15 years of experience in municipal and state financial accounting and auditing.  Dan has a degree in Accounting from Lansing Community College, where he graduated with distinguished honors. He also holds a B.S. in Finance from Michigan State University.  Dan’s future aspiration is to become a licensed CPA.  When away from work, Mr. Hale enjoys traveling. He also loves spending quality time with family and friends. 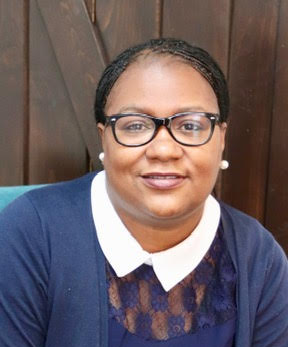 Venessa Remo became part of OppFund’s team in March of 2019. She brings more than 15 years of housing industry experience, in the Greater Grand Rapids area, to her role as a Single Family Lender. She has worked extensively in the areas of: mortgage loan originating, servicing, closing, post-closing, housing/ financial counseling, and compliance. Ms. Remo has also worked in the non-profit housing, lending, and community /economic development sectors for over a decade.  Venessa is a Licensed Real Estate Agent & Business Consultant. She is an avid reader & enjoys spending time with her family and friends. 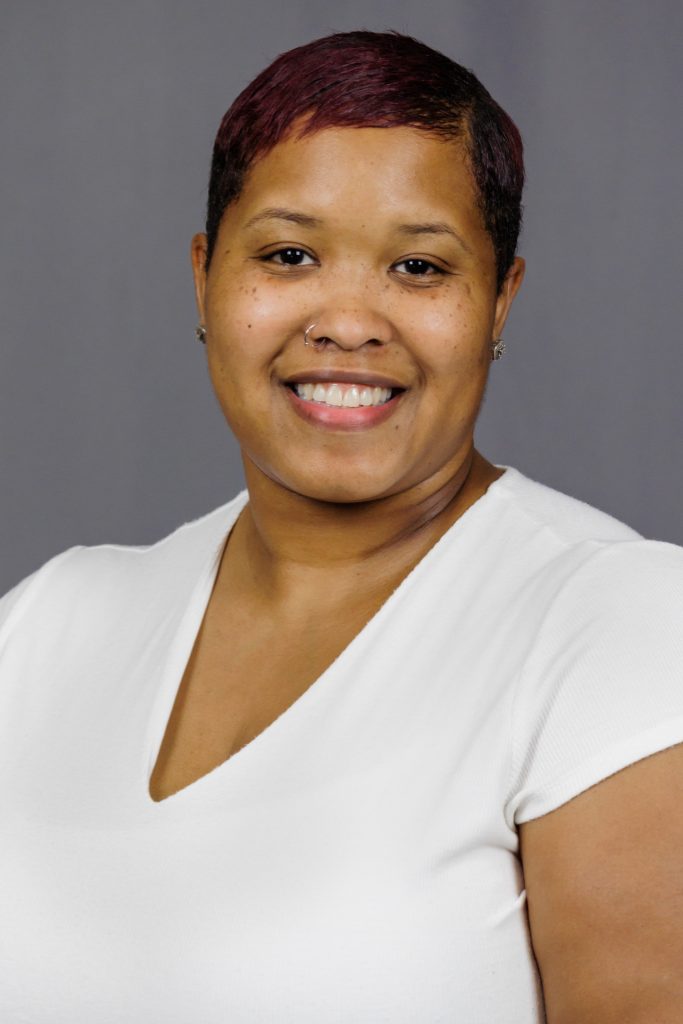 Ms. Carlina Malone joined OppFund’s team in January 2022 in a newly created position as Customer Experience Ambassador (CEA). In this role, she provides a curated experience for clients seeking to access homeownership or business capital. Ms. Malone focuses on ensuring a cohesiveness journey, from first contact, through the OppFund learning and lending process. Post-closing, she works with and helps further prepare our clients to transition into traditional financing. She also assists in maintaining OppFund’s client databases for Wraparound Support and Technical Assistance management as well as accurate funding and reporting purposes. She has spent the last seven (7) years working for the State of Indiana as a State Eligibility Consultant. Ms. Malone has two children. She enjoys traveling with them and supporting their participation in various sports activities on the weekends. 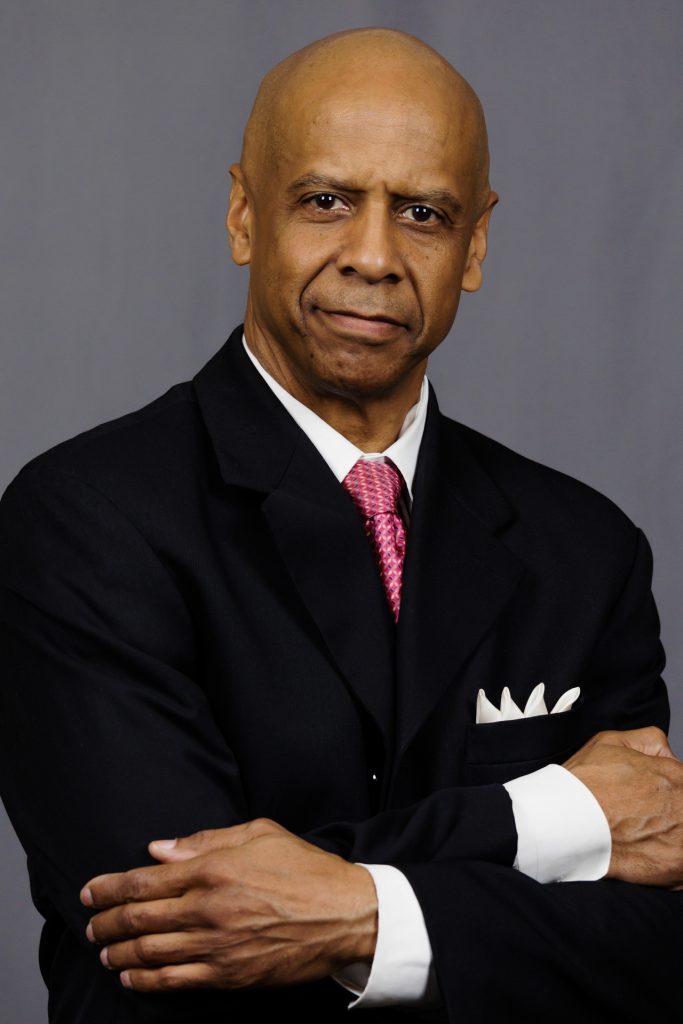 Carlton Shelton joined the OppFund team in January of 2022. With more than 30 years of professional experience in the areas of Banking, Financial Services, and Small Business Lending he has the solid acumen to assist OppFund’s clients in accessing the needed capital to grow their businesses. Carlton began his career as Financial Consultant with Merrill Lynch in Bloomfield Hills, Michigan. From that platform, he progressed gaining key roles with Ernst & Young, LLP (Chicago) as a financial Counselor. He has also served as a Senior Business Development Officer at Essential Capital Finance, and Chase Bank where he was a Vice President. Mr. Shelton has held additional C-Suite level positions, most recently serving as a Vice President with Comerica Bank. Although well-traveled, Carlton is a native Detroiter. As such, he has a passion to see local small businesses grow and thrive. He has expertise in SBA lending, Credit Analysis, Cash Management, Community Development, making him a good fit for our mission-based team. Mr. Shelton holds a Bachelor of Science degree from the University of Michigan, as well as an MBA from the University of North Carolina. Aside from his daily professional work, he remains actively involved in community initiatives by serving on various councils, coalition tables, and boards of directors. 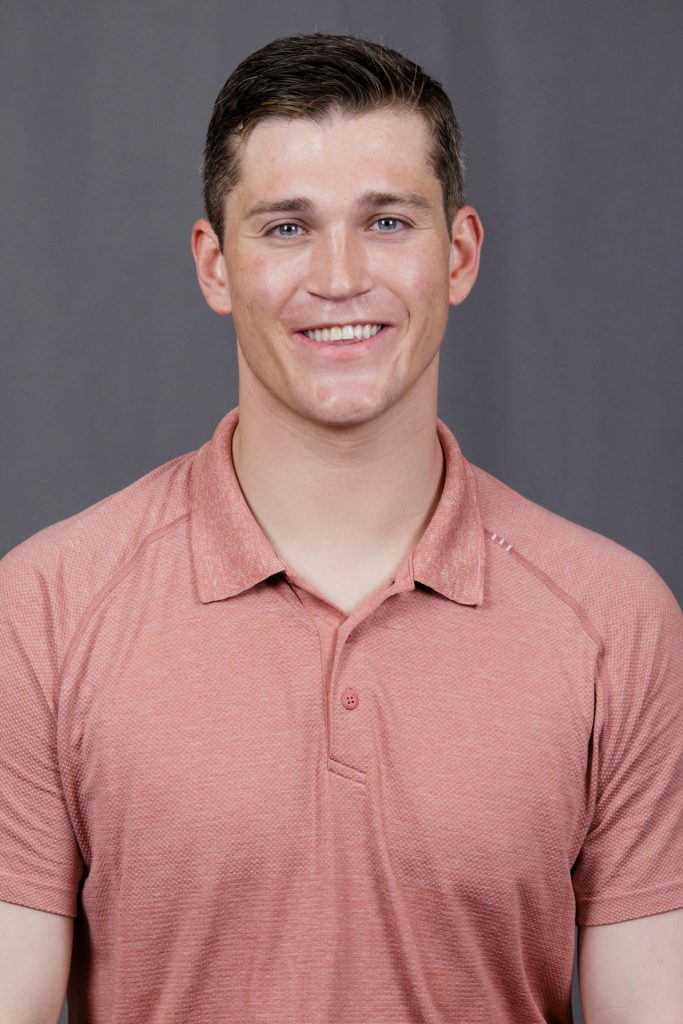 Braden Wiener joined our OppFund Team in February 2022 as an Executive Assistant in our Lansing office. He is a Political Science graduate of Michigan State University’s College of Social Science, with a minor in International Development. As an undergraduate student, he worked with many advocacy and non-profit organizations focused on a diverse array of issues including environmentalism, access to clean drinking water, refugee resettlement, and community development. Since his graduation in 2020, he has worked for a Michigan-based non-profit in their Transitional Foster Care program for refugee youth. In that role, he consistently advocated for the well-being of each and every client. Braden is passionate about addressing issues of inequality and poverty. In addition to his professional endeavors, he has participated in charitable efforts in both Costa Rica and Tanzania. 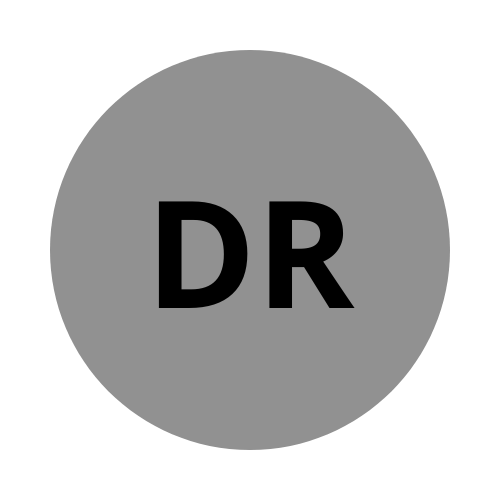 With 27 years of experience in her specialization, Dana is a detail-oriented accounting professional whose responsibilities include accounts receivable, billing, accounts payable, cost analysis, auditing, reporting, and associated administrative functions. Dana brings in-depth industry knowledge of accounting best practices, policies, procedures and regulations, along with keen business analysis skills to identify potential or existing issues and implement corrective and preventive measures to maintain continuous quality improvement. Her technical skills include proficiency in a broad range of software applications used in the office and in the field, including Sage Timberline 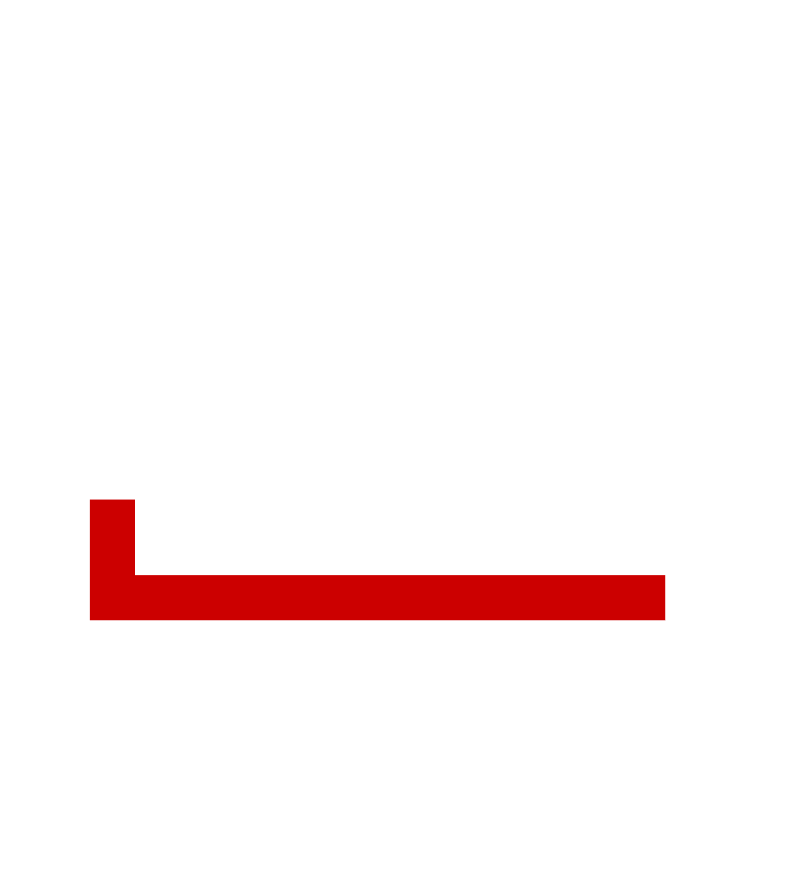